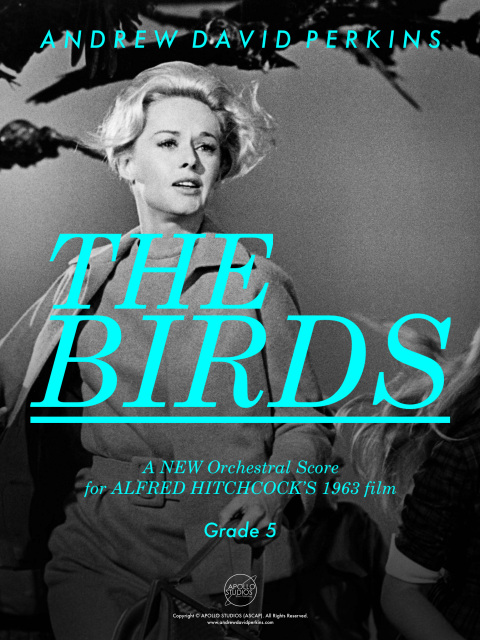 Alfred Hitchcock's 1963 masterpiece "The Birds" was released entirely void of musical underscore in lieu of an experimental sound design.While I completely respect and admire Hitchcock & Herrmann's experimental decision not to score the film, to a composer, it begged to have music set to it. As an homage to Bernard Herrmann, I've written this score loosely based on the harmonic, melodic and orchestrational conventions of Bernard Herrmann. I admire his music at the deepest level. It has been a profound influence on my musical development and a chance to step into his shoes (so to speak) and write in his style has been both a fantastic challenge and just plain fun. It reminded me of how I used to play make-believe as a kid, putting on costumes and pretending to be someone else for a while. Pretending to be Bernard Herrmann is the best kind of make-believe.

I'm sure there will be purists who disagree with the whole idea of this, maintaining that the film and it's soundtrack are sacrosanct. I'm not arguing otherwise. I'm did this for the fun of it, to see what it maybe would have been like if Herrmann had insisted on scoring it. Hitchcock has been known to have wondered how a musical score from Herrmann would have played, so I don't think its quite as blasphemous as some may argue. In any case, here it is, and I love it.

​A PRINTED & BOUND 11x17 Score is provided, along with PDF instrumental parts, and the edited movie files (.mov/.mp4) of the film in two acts with intermission.