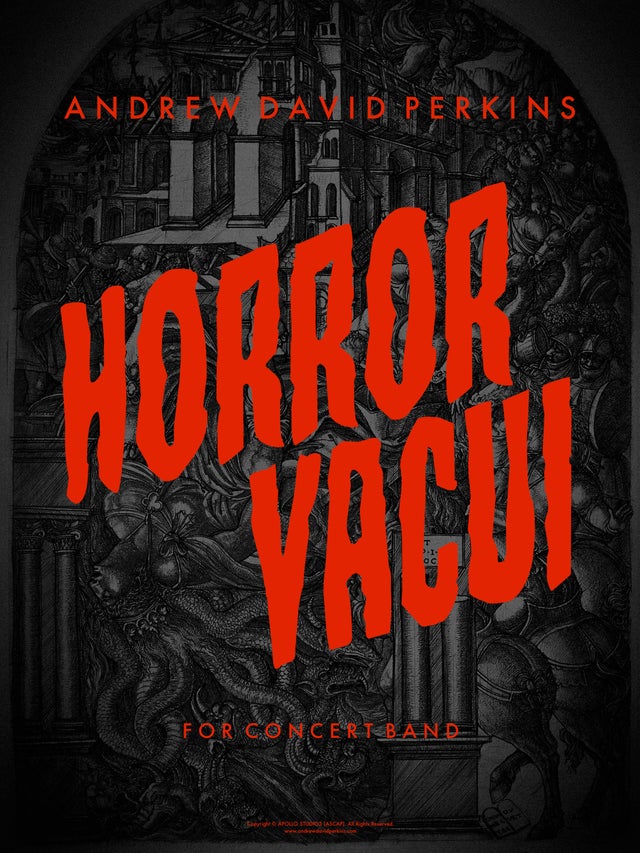 The latin ‘horror vacui’ (fear of empty spaces) or kenophobia (from the Greek for ‘fear of the empty’) is a concept that has been expressed in visual art as the filling of the entire surface of a space or a work with detail. In physics, horror vacui reflects Aristotle’s idea that “nature abhors a vacuum.” The expression of extreme detail and ornamentation is present throughout history, transcending culture and medium.

HORROR VACUI for concert band interprets the concept both literally and conceptually; with dense, busy orchestration, and as a metaphor for the fear of isolation and death. Stylistically, the work alludes to the many classic sci-fi and horror film scores of midcentury American cinema, the subjects of which were often aliens, vampires, werewolves, ghosts, monsters, zombies, and demons. The melodramatic and absurd aesthetic of these films made them both terrifying, yet comical, giving the audience an experience that was both horrific and laughable. Trick or treat.