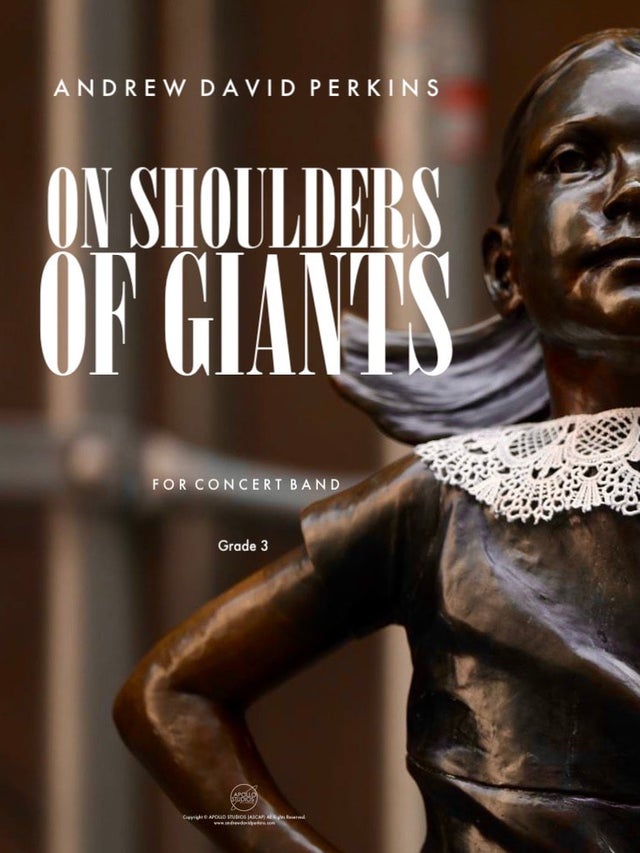 ON SHOULDERS OF GIANTS (Gr.3)

Early in 2021, amidst a devastating global pandemic, and in the shadow of an ugly and divisive election, we witnessed an appalling domestic terrorist attack on our nation’s capital. It was a dark, wretched day for all Americans. Two weeks later, a new administration was sworn in on those same capital steps, and the first female, Black and South Asian American vice president of the United States, Kamala Harris, took the oath of office. I sat with my daughters watching an historic moment unfold and was struck with an overwhelming feeling of hope for the future, and a sobering realization of the heavy responsibility we're placing on our children. The survival of our nations, our planet, and the entire human race are literally in their hands. My hope is that we’ve armed them with vision, determination and optimism as well. May they stand on shoulders of giants, and reach heights we never could’ve imagined.

ON SHOULDERS OF GIANTS was commissioned by my friend Jeff Malecki, Director of Bands & Music Education, The University of San Diego. It is dedicated to his niece Vivian Jane, and my daughters June Elise and Edith Marie.