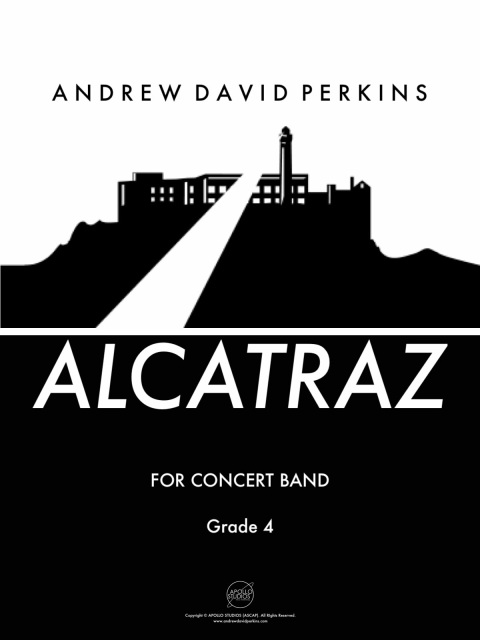 On June 11, 1962, three American criminals, Clarence Anglin, John Anglin, and Frank Morris, attempted to escape from the Alcatraz Federal Penitentiary on Alcatraz Island, San Francisco, California. The inmates fabricated dummy heads from a mixture of soap, toilet paper and real hair, and left them in their beds to fool the prison officers making their nightly counts. They burrowed through the limestone walls of their cells with spoons, climbed through the service corridor and ventilation shaft to the roof, scaled the fence and inflated a raft made from the prison's standard issue raincoats and contact cement. The prisoners entered the San Francisco Bay and attempted to paddle to freedom through frigid waters and strong currents. The FBI’s investigation was unable to determine whether the three men successfully escaped or died in the attempt. ALCATRAZ for Concert Band follows their fate from sentencing to incarceration to escape.